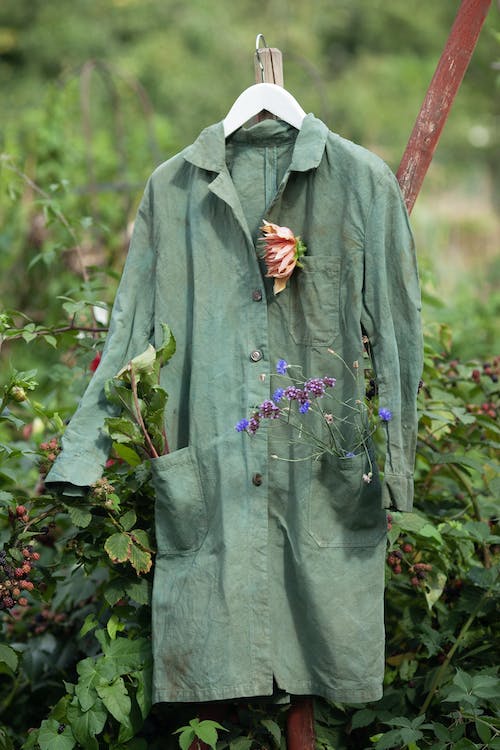 For my nettle dye vat, I used a mixture of early and late summer leaves alongside cooking water that I saved from cooking spinach, lamb’s quarters and common marrow, with a hit of chlorophyll. Using a soya milk binder and an alum mordant, the result was a much more vibrant green than I expected. Being able to dye a large amount of fabric called for a full-length duster coat which Icut from a French linen sheet bought at Spital elds antique market. The simple cut is based on a vintage German army coat I got off a friend and have worn down completely – with the addition of patch pockets, for harvest depositing. Its back belt feature adds gentle chicness to this relaxed,entirely unisex garment (you could only differentiate the intended wearer’s sex by the side thebuttons that are sewn on – if you care about such things).